Alec Riley,Second Corporal 10, Alec Riley, Royal Engineers (TF), formerly Private 10, 6th Manchesters, later Sapper 426899, Royal Engineers. a signaller with the British Army’s 42nd Division, reached Cape Helles on 6 May 1915. ‘We landed,’ he wrote, ‘in an enemy’s country, without his permission, and the event was entirely without romance.’

Riley had the rare opportunity to move freely about the Allied lines, being attached to different battalions during his four months on the Gallipoli peninsula.Riley was evacuated sick in October 1915: ‘Four months of Gallipoli gave me four diseases and 12 months in Netley.’ He kept a diary and made detailed notes, adding to them ‘while recollections were vivid, and while small details, colours, shapes, could be visualised accurately’.

After the war, Riley returned twice to the peninsula in pilgrimage,Riley travelled independently, living near Sedd-el-Bahr for several days, ‘tramping the country systematically and alone, and photographing what I thought to be of interest and importance.’ traversing once-familiar trenches and thoroughfares at Helles, capturing with his camera the overgrown battlefield and its newly-ordered cemeteries. ‘The places dealt with in the diary,’ he writes, ‘have, therefore, been seen from the Turkish and our own points of view…’

Riley sought to publish his experiences in a more literary form but sadly his manuscripts failed to find a publisher. By the 1930s, the public’s appetite for soldier’s memoirs had abated. Later, his diaries lay disregarded in the archives.Riley’s Gallipoli diary is neatly hand-written, in a ruled exercise book covered in brown paper. Three Turkish postage stamps showing war scenes, purchased by Riley on his return to the battlefield, and contemporary with the First World War, form its frontispiece. The first stamp bears a map of the peninsula, against which Riley notes his pilgrimage to Achi Baba, atop which he sat at 1 p.m. on 4 June 1930, ‘fifteen years too late.’ As such, an eloquent voice from the campaign has gone unnoticed, and a valuable account of trench and nullah lost for years. For this reason we’ve resolved to get all three of Riley’s notebooks into print, starting with the central work, his ‘Gallipoli diary 1915’.

In addition to the diary text, readers will find two evocative articles by Riley about his return to Gallipoli. They are probably extracts from his lost manuscript ‘Return to Cape Helles’. There is also an unpublished comment by Sir Ian Hamilton with whom Riley had a decade-long correspondence. The editors have supplemented the text with annotations, maps, photographs and biographies.The biographies, numbering almost 60, cover most of No. 4 Section, Manchester Brigade, 1/1st East Lancs Sig. Coy, RE, as well as commanding officers in the 42nd Division and VIII Corps. These are supplemented by an Order of Battle and Field State for the 42nd (East Lancashire) Division showing all units that embarked for Gallipoli.

Gallipoli Diary 1915 will appeal to readers of WWI and military history, but especially to those with an interest in the Gallipoli campaign. It will be bookended by two further diaries that record Riley’s mobilisation and training in Egypt, and his time in the Royal Victoria Hospital, Netley. Collectively they offer a unique window into the experiences of a pre-war Territorial soldier, before, during and after Gallipoli.

Riley’s book will take its place alongside the very best Gallipoli accounts. No grandstanding, no purple prose, just a brilliant reflection of the raw mixture of nerve-shredding drama, tedium, and discomfort that typified life on the peninsula. Curated and brought to publication by two acknowledged Gallipoli experts, its long-delayed publication is a real event.

An extraordinary book from anything but an ordinary Gallipolian. Riley’s gem of an account, recently discovered by the authors, brings alive the campaign in a vivid, well-written and compelling true story of one man’s war.

Available now from your local Amazon marketplace.Disclosure: As an Amazon Associate, we earn a small commission if you decide to make a purchase after clicking these links. There is no cost to you.

The ebook from Google Play offers flowing text as well as original pages. 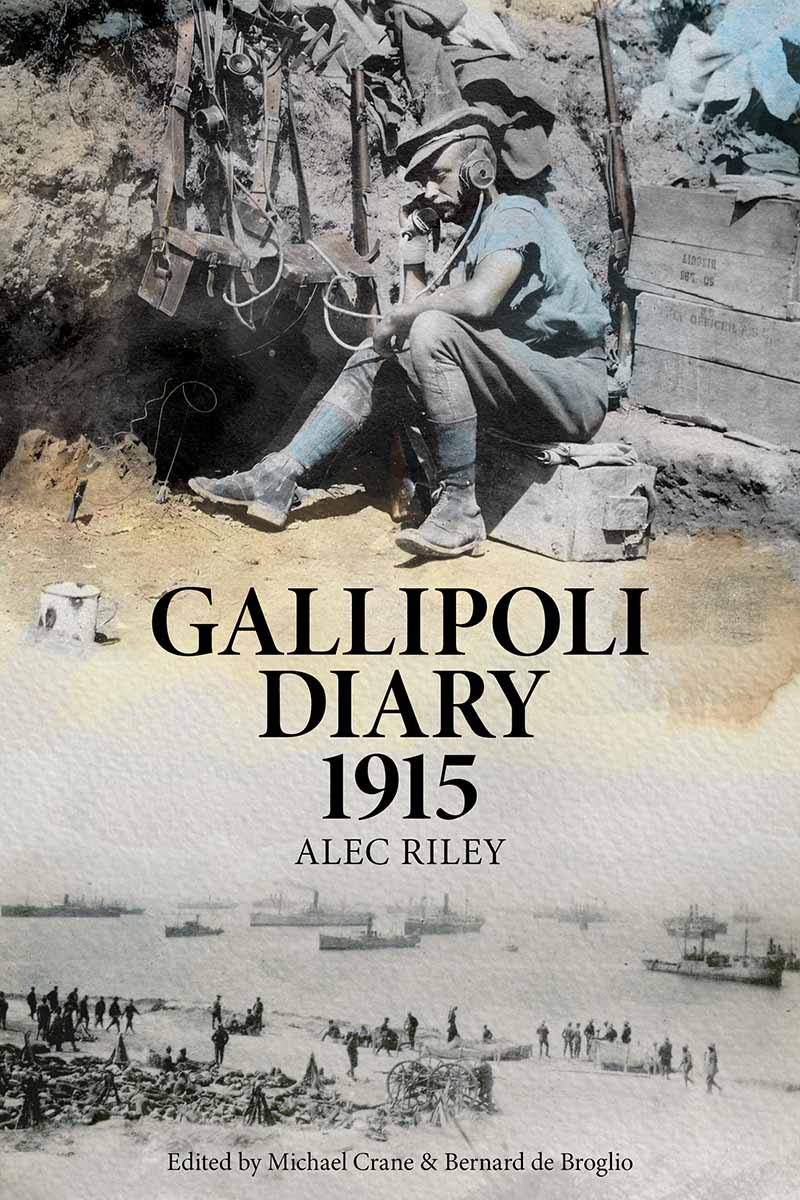